the roots of dinner

After perusing the garden, I decided to make borscht for dinner. I harvested beets, carrots, kohlrabi, cherry tomatoes, onion and dill for the soup. 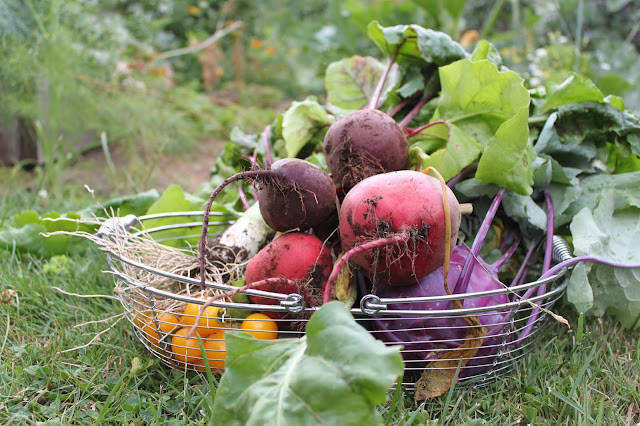 I've grown a beet blend from West Coast Seeds which included Chioggia, round Detroit Supreme, leafy Early Wonder Tall Top and cylindrical Rodina beets. The stripes of the one beet were really pronounced, too bad the stripes get lost in the soup. 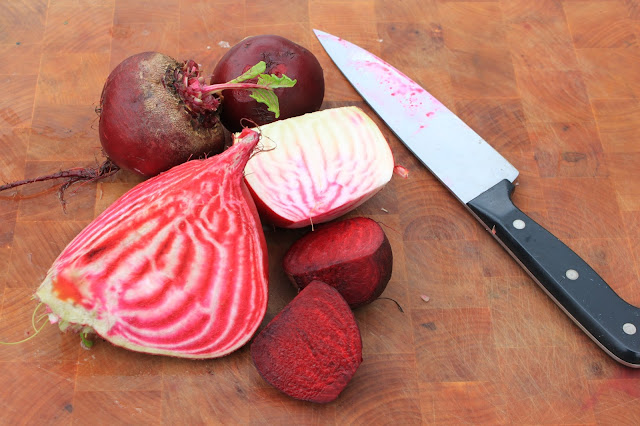 I topped the borscht with sour cream and chives and called it "pink soup" which convinced a 3 year old that it was worth eating! 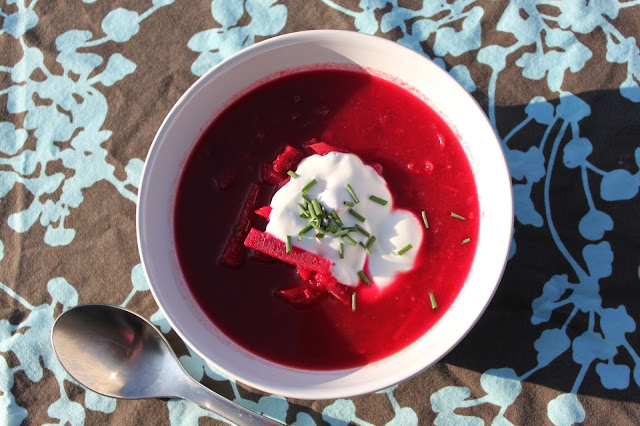