So every year I have a few plant casualties.

This year a smoke bush (Continus coggygria) that I've tended since birth germination (it started from a seed of another smoke bush in my yard) has bit the dust.  This smoke bush was growing in the corner of my vegetable garden, providing a nice contrast to all the green, until my HH came along with a out of control gas weed eater and brutalized the trunk.  HH is not the best weed eater operator to begin with and when the device he was using had no idle option, he had to keep it revved and decided to go like a bat out of hell to get the job done with no concern for the plants that got in his way! Although I did not witness this crime, he sheepishly came up to me after and told me the bad news...This was the result: 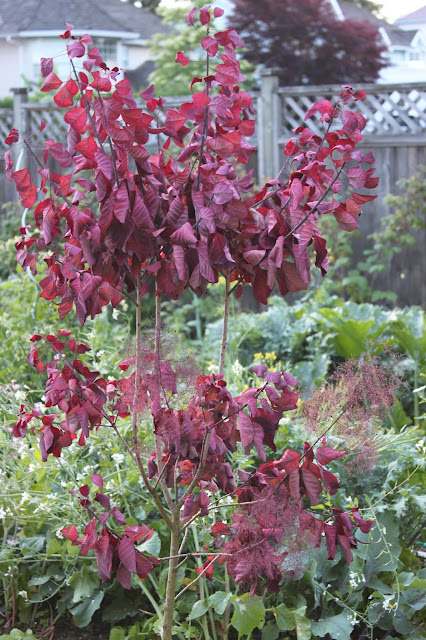 I attempted to water it and talk nicely to it to no avail...but then on closer inspection new growth was sprouting from below the weed eating injuries, so maybe it will make a come back after all. 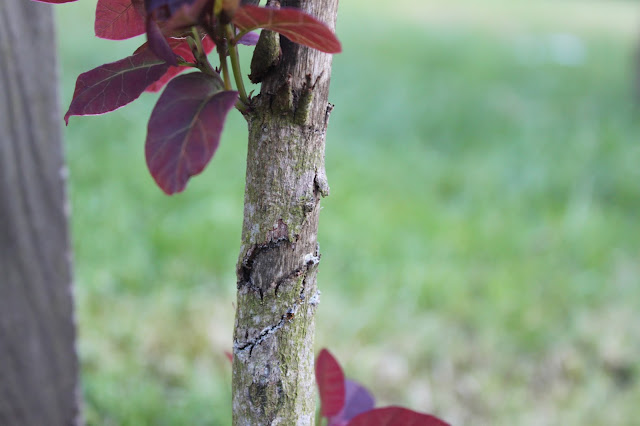 In late spring I had a yearning for a vine maple (Acer circinatum).  I decided I could find one in my parents forested back yard for free.  When I finally got around to going up to their place, the trees had already leafed out, but this didn`t stop me, we traipsed all around their backyard looking for just the right specimen, we finally found it and I started digging, then I broke a their shovel, still undeterred, I kept digging and pulling and finally got it out....but it didn`t have much root left for a 10 ft tall tree.  I planted it in a native garden next to my daughters playhouse and hoped for the best.  At first it seemed like it would survive but the unfiltered sunshine and heat that is was not use to in its old home beneath the forest company proved to be too much and the leaves turned brown.  Since I wasn't planning on replacing it with something until the fall, I left it in place. Lauren was trying to convince me that I should paint it a funky colour and call it art, which I was seriously considering, when I noticed a small little green leaf sprouting from the trunk...its alive, its alive! 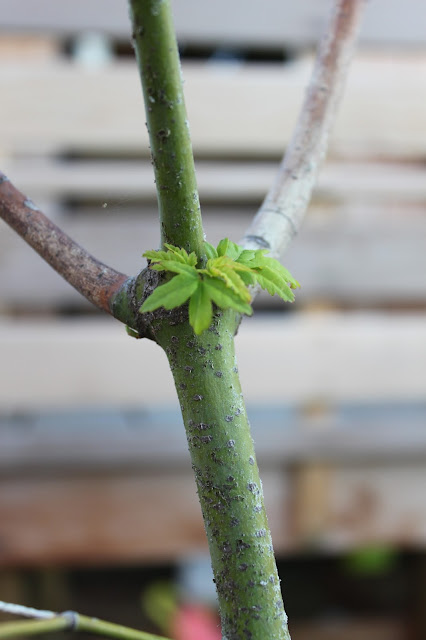 Further up the tree, amongst the brown crinkly leaves, one of the branches is also sprouting new leaves. 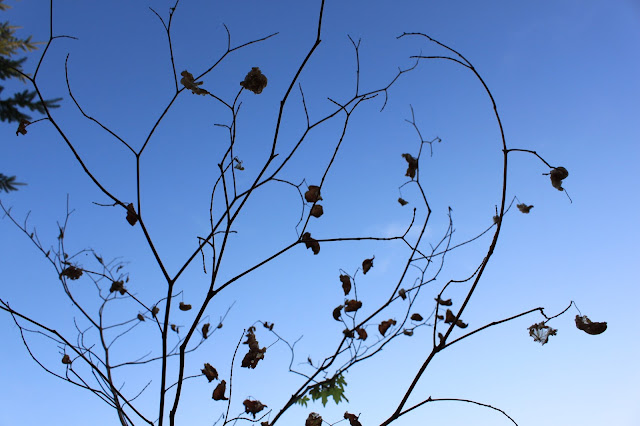 I guess sometimes it pays to be slow at removing what you thought were dead plants!
Posted by Unknown at 21:14