So we built a bench (for another post) and then discovered we had no where appropriate to put it.  I thought we could place in front of the new shed, directly on the grass, but was informed my multiple people that the wood would wick up the moisture from the grass and rot in a hurry.  We needed some sort of pad. My husband thought we could use some left over bricks from another project but that seemed too boring and really not special enough for the awesome bench we are going to bestow upon it! I decided the solution was to find some used decorative concrete blocks that were common in the '70's  and fill the voids with pea gravel. I knew my only chance of keeping HH on board with this plan was to not spend too much so I needed to find the brick for free or really cheap.  I scoured craigslist for the concrete blocks but nothing was panning out until I happened to spot a pile of rubble next to the highway at an old motel.  I contacted the motel and they gave me the concrete blocks for free. Lauren had some left over pea gravel that she donated to the cause. 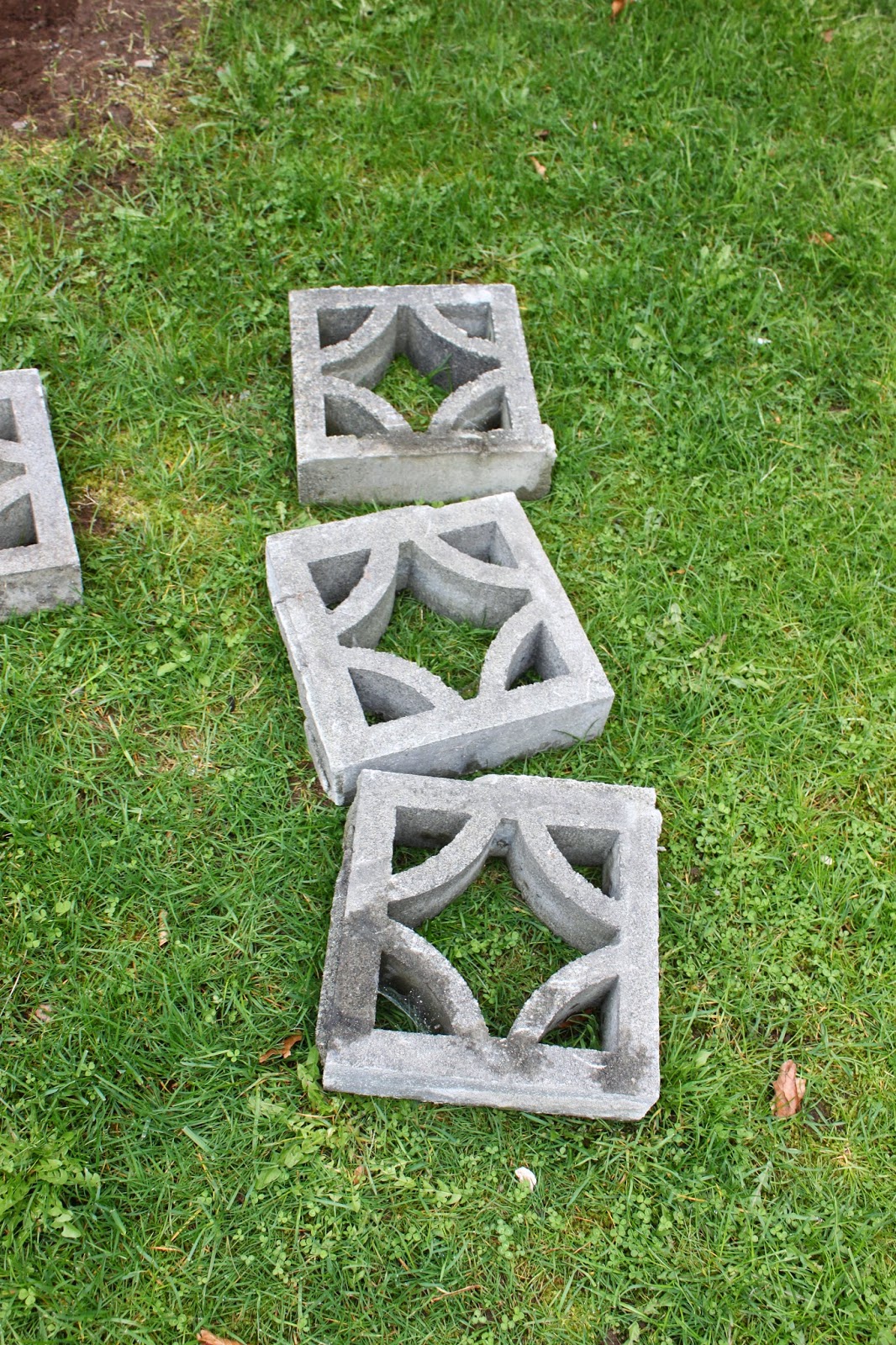 We dug out the sod and then put in a couple inches road mulch (gravel) as the base. 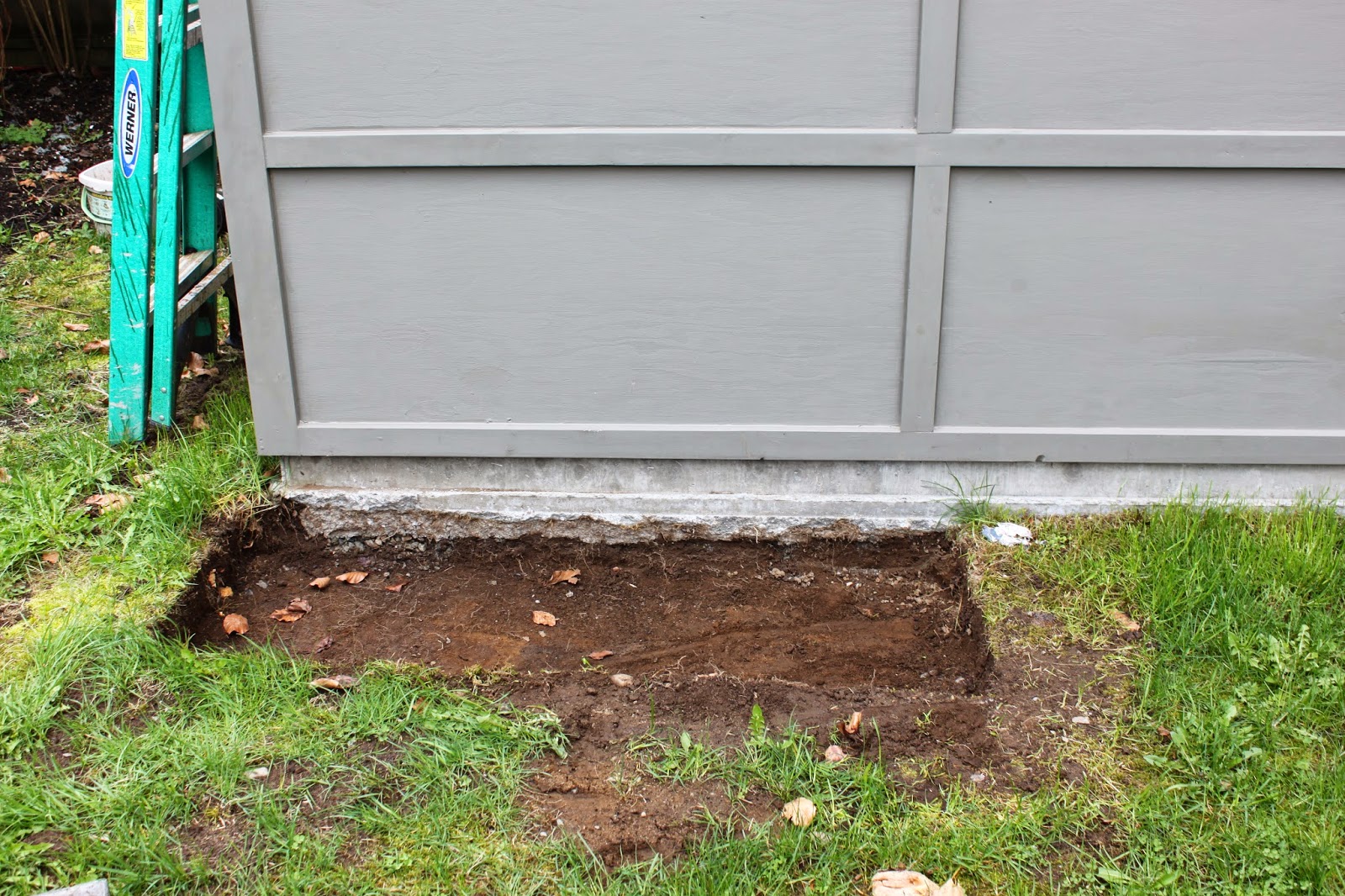 Next we placed the concrete blocks with a couple inch gap between them and filled the voids with pea gravel. 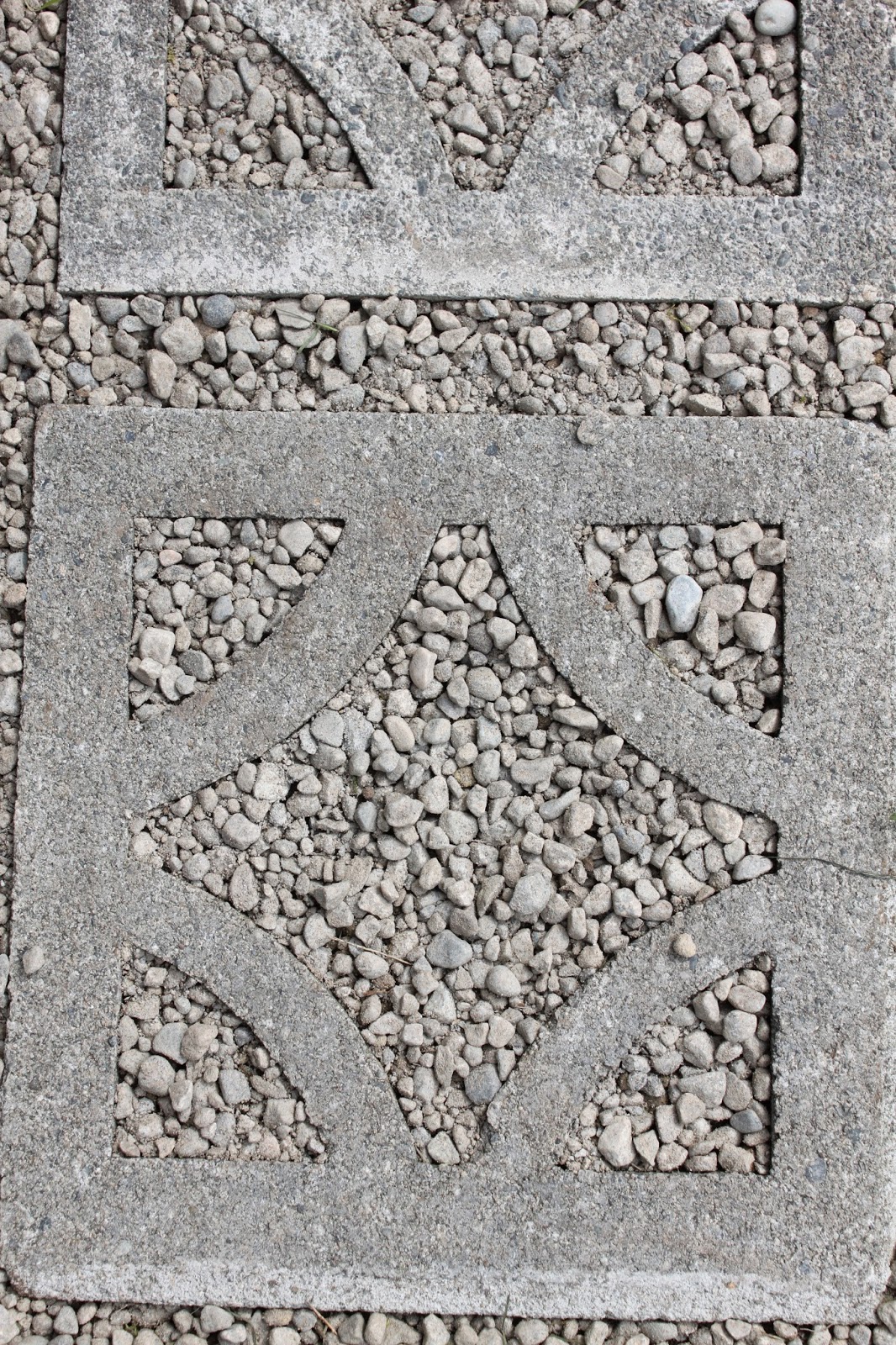 After some tinkering with getting things level the patio was complete! 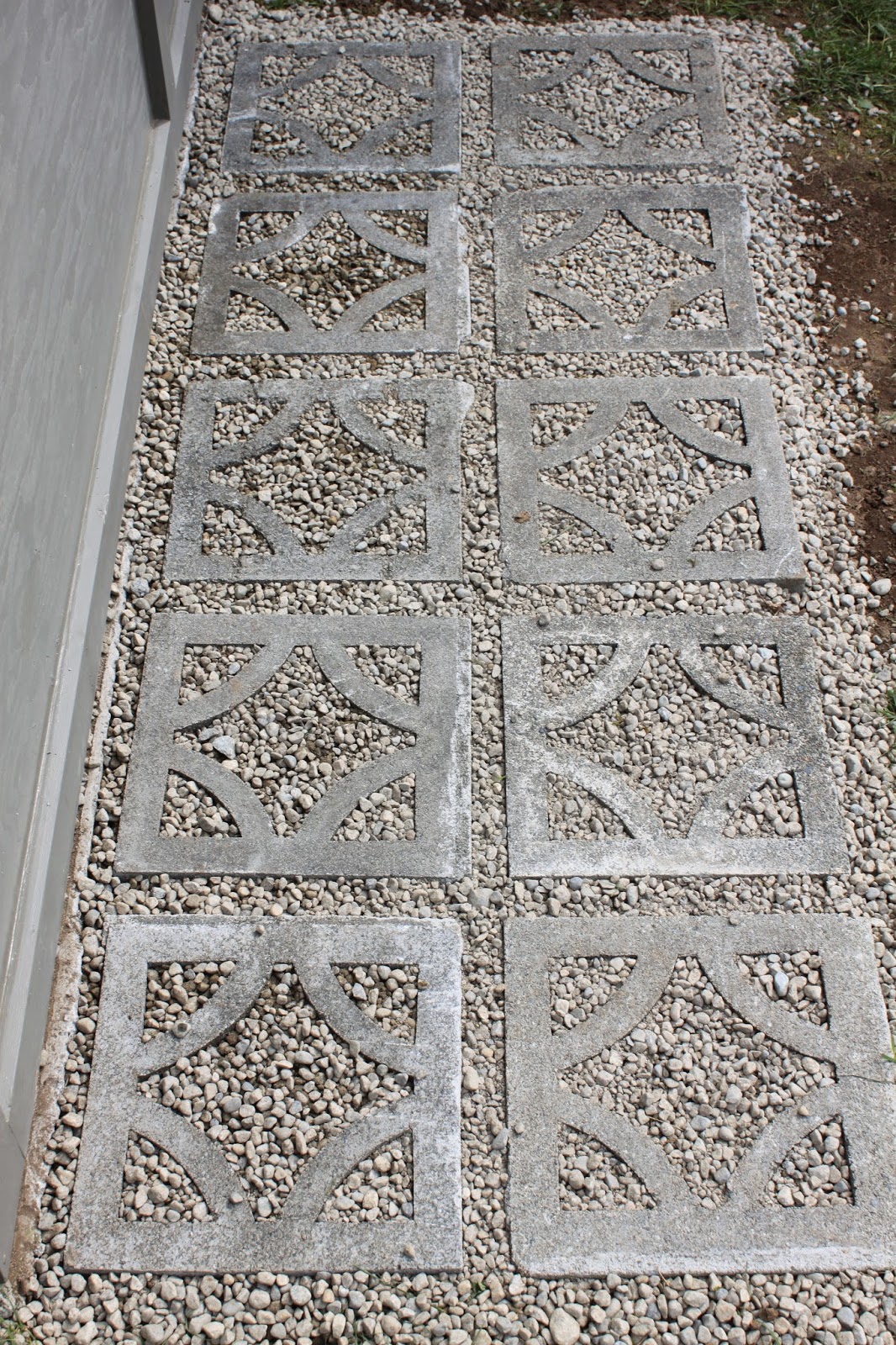