I have a grass couch in my backyard.  This is something I don't share with everyone except on the internet.  It all began in the fall when I had a lot of dirt and a husband away on a business trip.  In trying to dig out under our deck I had run out of places to off-load the extra dirt and thought I could be more creative than just piling it up in a corner.  After searching the usual websites I did come across some stock photos of grass couches - some looked rather less than organic, i.e. sod thrown over old couches.  These images looked great but I'm sure they were really only meant to last the day of the photo shoot.  Can you imagine an old couch in your backyard rotting beneath a layer of sod with springs and wood poking out?  I did find a public garden in the UK that used  bales of hay to make their grass couch base, this idea looked like it lasted for sometime, but I had soil, not hay to work with.  My idea then evolved, I picked up 20 cardboard boxes from the liquor store and filled and stacked them to make the couch structure.  I was pretty sure my husband would not be onboard with my engineering plan and I didn't feel like justifying my crazy idea so I had to work pretty hard to complete the project before HH arrived home.  You can see the soil filled and stacked liquor boxes below. 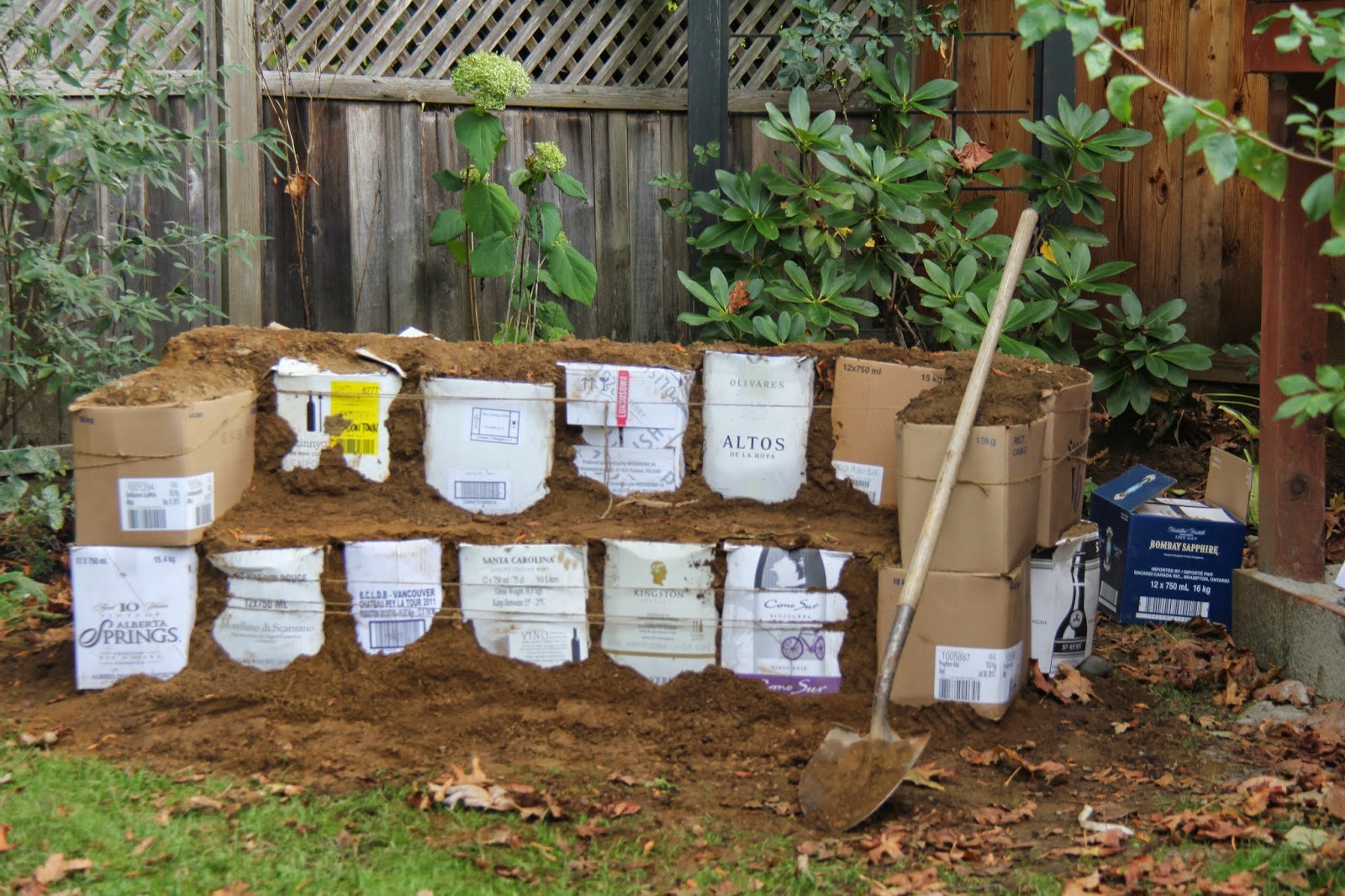 The image below shows the backside "support" for the couch backrest. 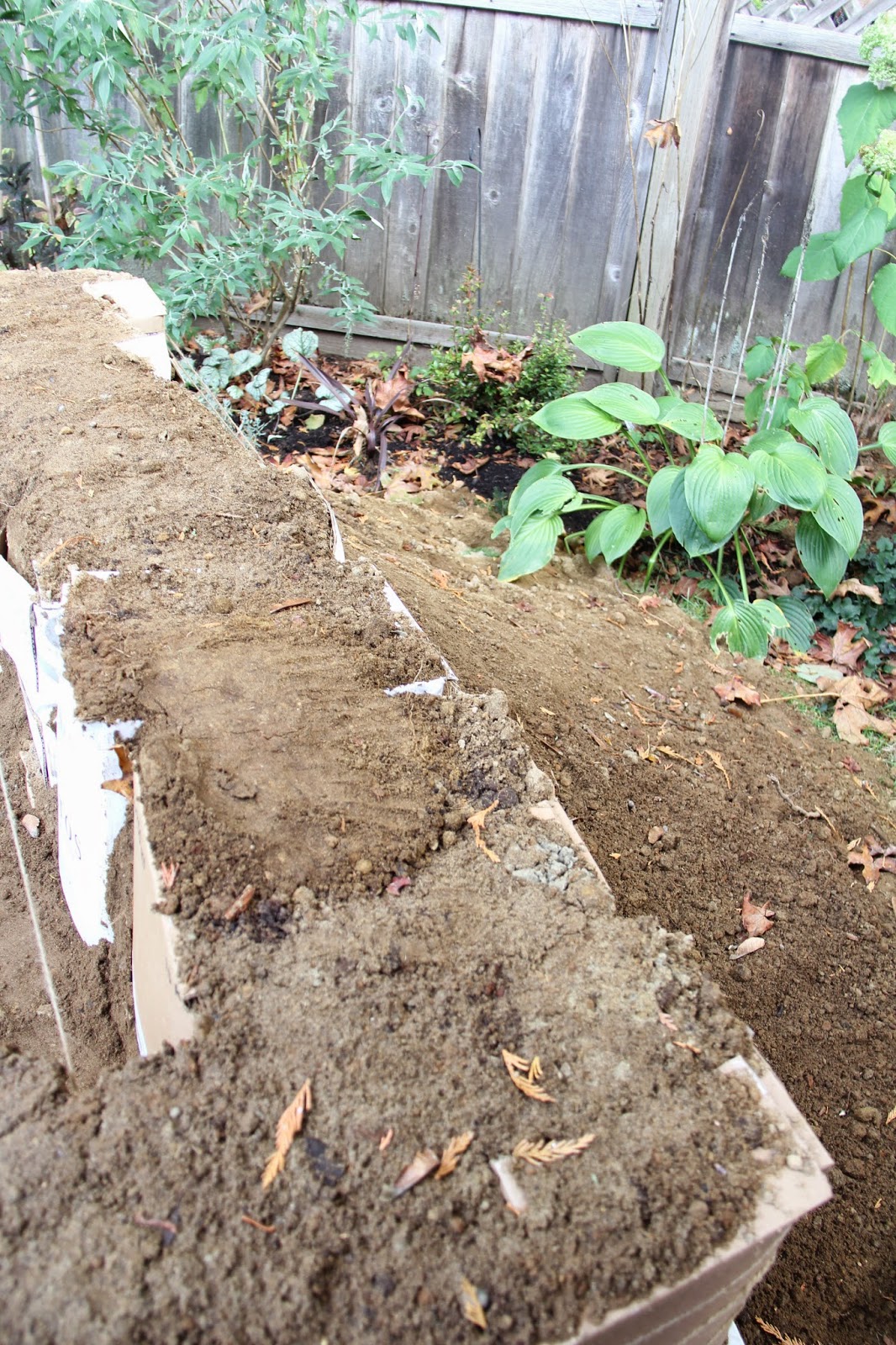 I mudded (not sure if this is a real word) all surfaces with a dirt, water and grass seed mixture.  You can see below it had started to sprout before winter arrived. 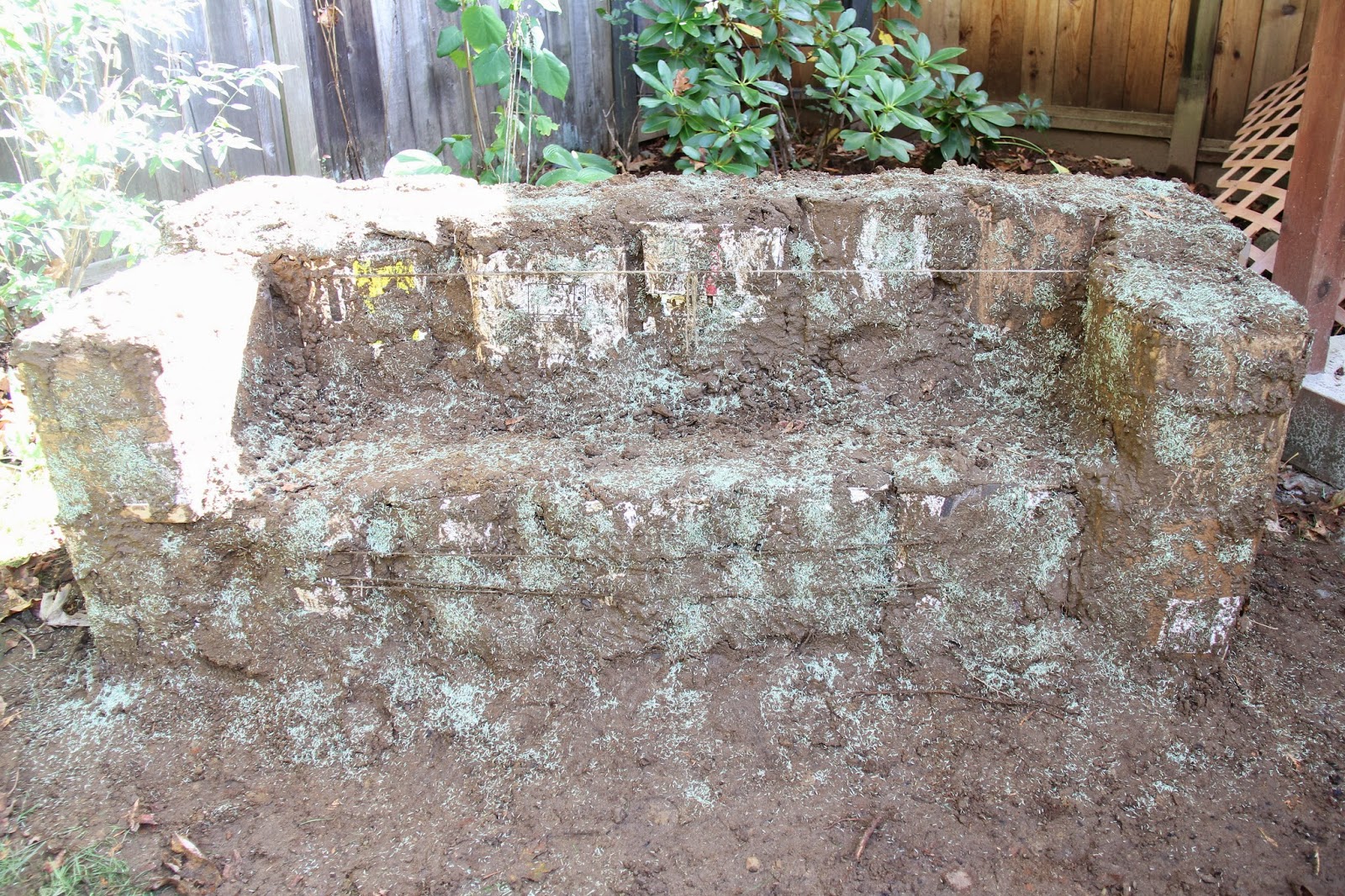 At the end of winter, to everyone's surprise the cardboard box and dirt structure had held together, grass was growing, even on the vertical surfaces but it was pretty patchy.  I ran out of patience and decided to speed up the process with a trip to my local turf farm (bet you wish you had a local turf farm too). 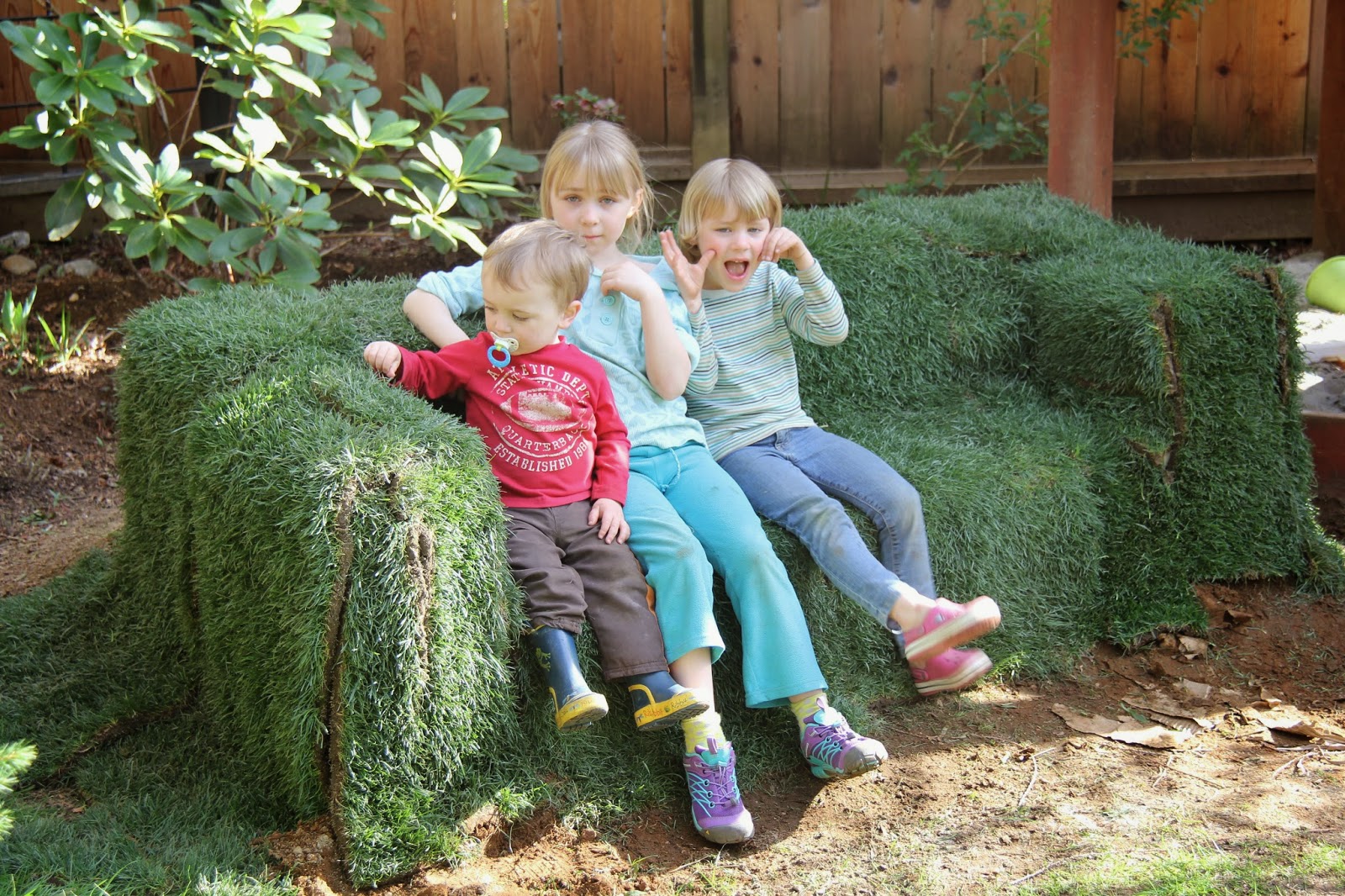 Pictured above is the final version of the couch draped with fresh sod.  The kids don't look particularly impressed in this photo.  Let's hope the grass couch holds together a little longer and that I can capture all the fun that a grass couch adds to ones life.

Thank you to my local liquor store for helping to make this project happen in more ways than one.
Posted by Unknown at 15:29