Last fall I ordered enough paving stones to install under our cedar pergola and to replace the cracked/ugly concrete under our sundeck. 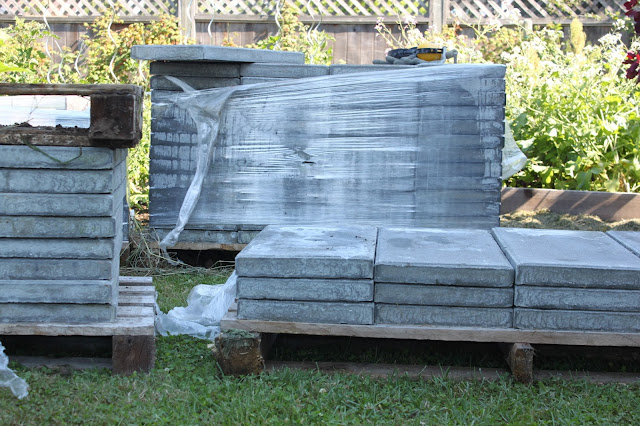 We managed to install the pavers under the pergola in the fall but procrastinated until now to do the install under the deck.  To get this job started we had to use a sledge hammer to break up the concrete into manageable pieces and wheel barrow it to our truck to haul to the local landscape supply place where they recycle it. 3500 kg of concrete, two very sore bodies and one broken sledge hammer later the concrete was all removed.  Next we had to remove a layer of dirt so we could properly prepare the substrate.  We dug out four truck loads of dirt that we delivered to family members who all had a need for more dirt…who knew!  Next we lay down filter fabric, according to my HH its purpose is to prevent fine soil from migrating up into the gravel.  I’m not sure what would happen if the fine soil and gravel got together but apparently it would be a bad thing...  We finally reached the stage of building things back up.  We added about 2.5 yards of ¾” road mulch aka gravel. 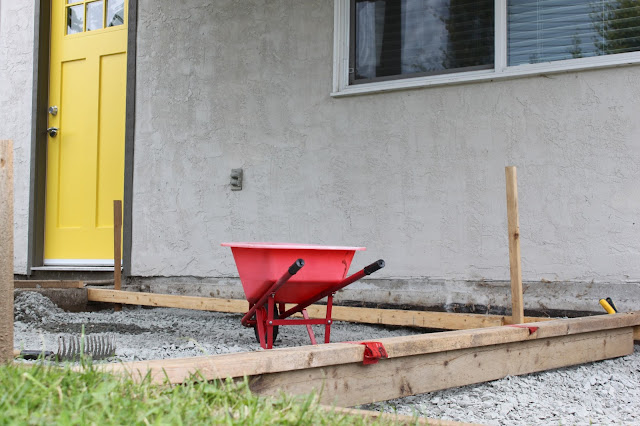 After spreading the gravel we rented a tamper from Home Depot and compacted the entire area.  Next we added a layer of sand and started to lay the pavers.  We used 12”X24” natural concrete colour pavers bordered by brick sized pavers in charcoal. 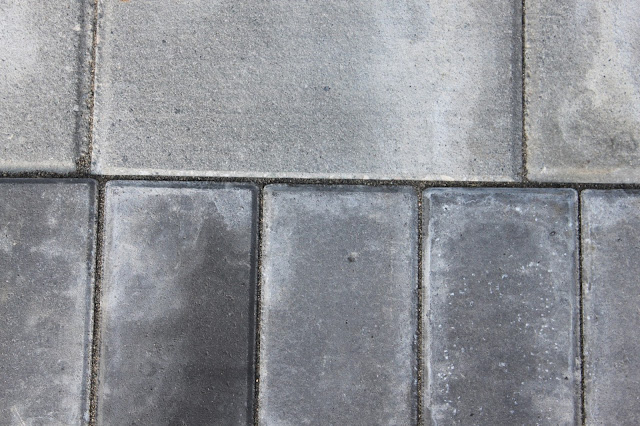 The large pavers are tricky to install as they are very heavy and also hard to adjust once dropped in place.  After all the pavers were in place we rented the tamper again, vibrated the heck out of everything, swept joint sand into the gaps between the pavers, vibrated one last time and called this project DONE! 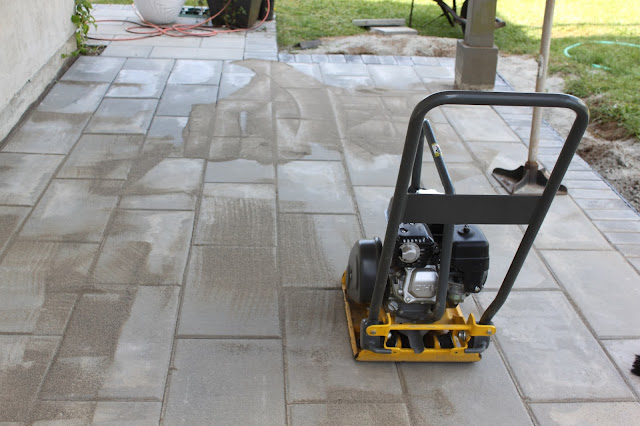 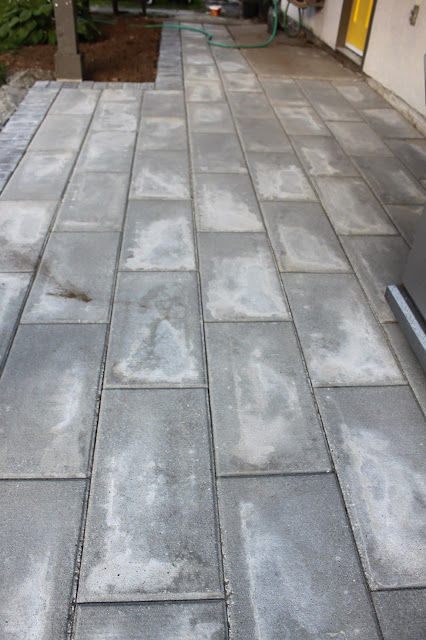 The munchkins are already enjoying the new patio! 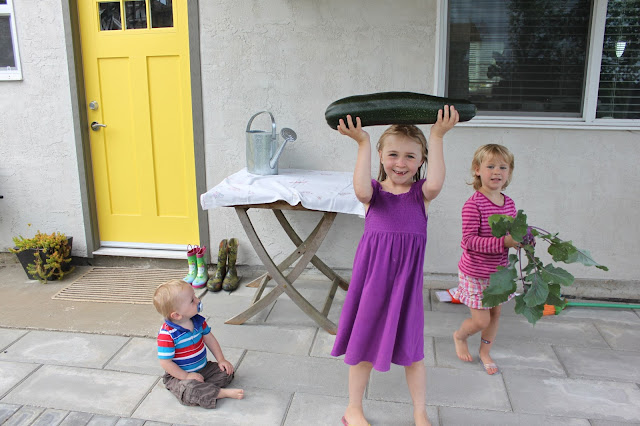