Back when we tore down our old shed, we found a large 3"X11" timber shoved in the back corner. I immediately started imagining what I could do with the  big chunk of wood.  Around the same time I had been dreaming up what I could make with Corten steel for the garden. I decided I could combine these two components into a single project: a bench with an attached planter.  First off I had to find somewhere to supply the Corten steel.  This proved more difficult than I had thought but eventually I found a localish supplier that would take a small order.  I combined my order with Lauren's under her deck stair riser project.  I found out later that Corten steel is also called weathering steel by engineers and if you refer to it as that to the supplier you get a cheaper price.  In case you're not familiar with Corten steel, it is steel that's composition allows it to form a protective rust layer that doesn't continue to rust.  It is often used landscape projects and sometimes as cladding for buildings.  My dad still doesn't understand why anyone would pay extra for rusty steel! The planter consist or four pieces of the steel welded together to make the planter box (it is open at the bottom end). HH and me both had a welding lesson from my dad and took turns welding the tube together as our first ever welding attempt.  The welds may not have been the prettiest but it is holding together and the welds are covered by dirt! 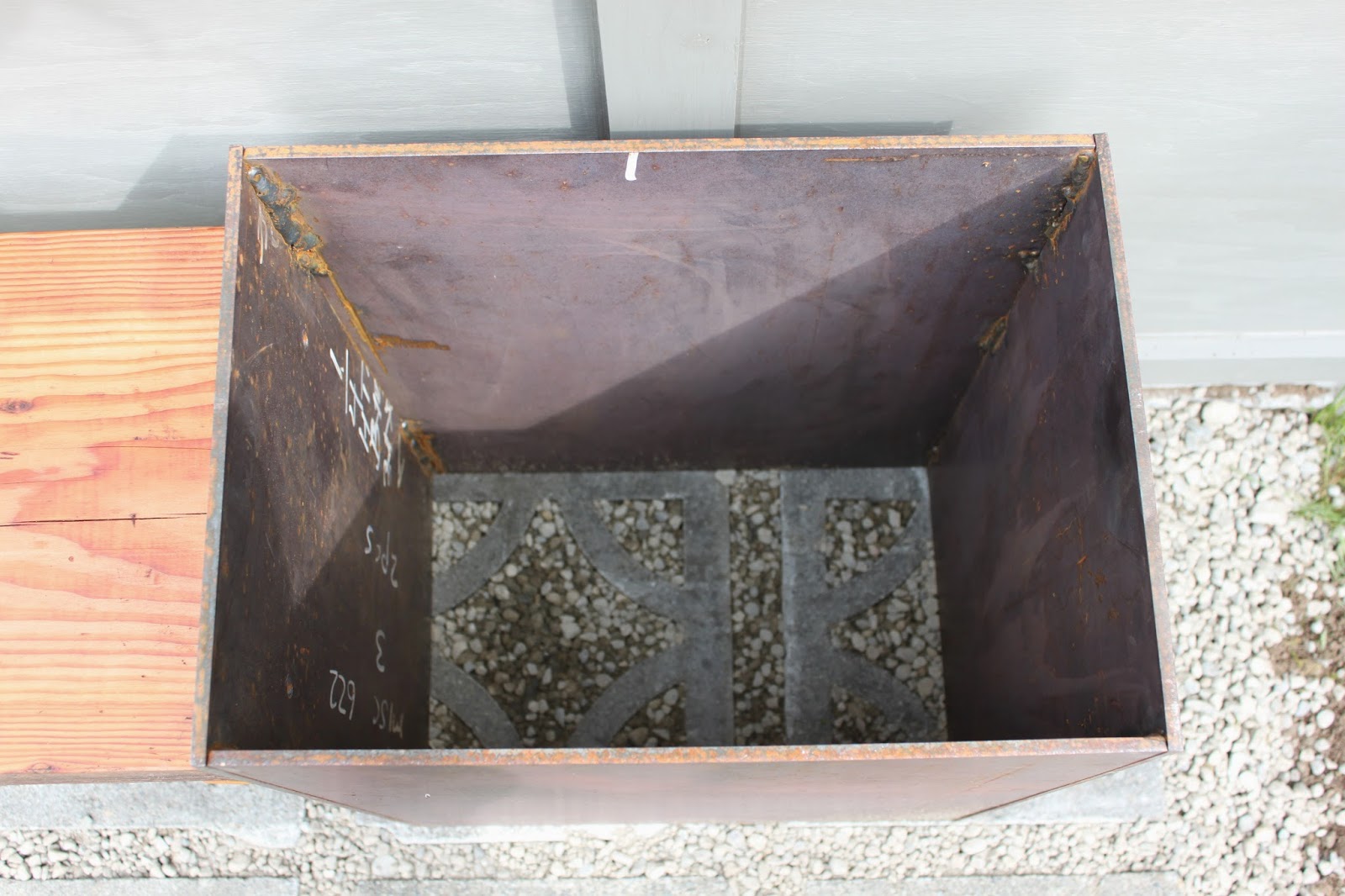 HH joined the wood corner of the bench together with biscuit joints. 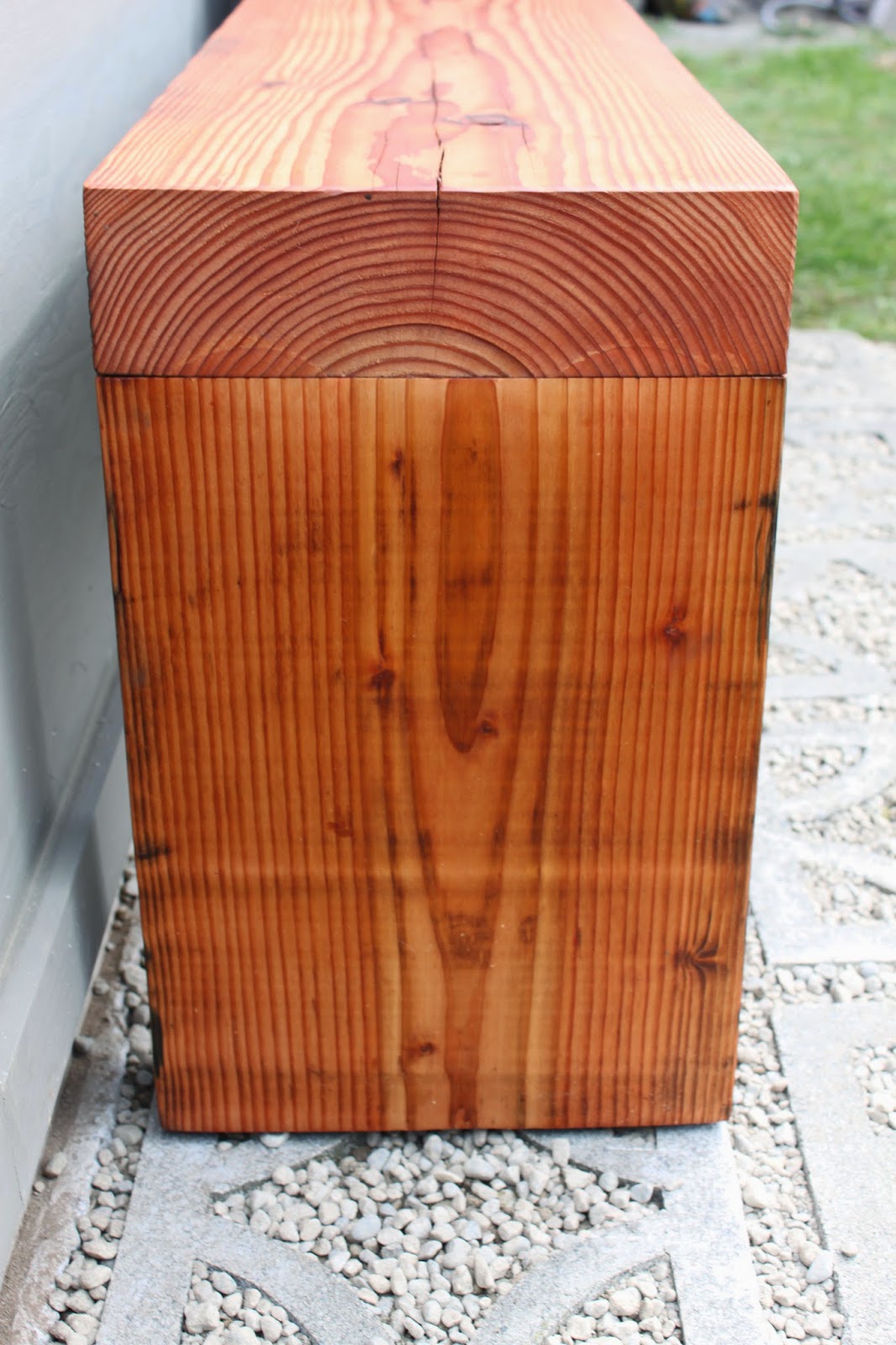 We connected the bench to the planter with flat bar that we had welded on and with lag screws from the inside of the planter into the end of the wood.  We also sealed the wood to slow decay. I bought a dwarf fountain grass (Pennisetum alopecuroides "Little Bunny") and grabbed a few plants I had on hand for the planter, the plants will likely change at a later date. I'm now waiting for the rusty patina to happen.  Below you can see the completed project with my mini-assistant as the model. 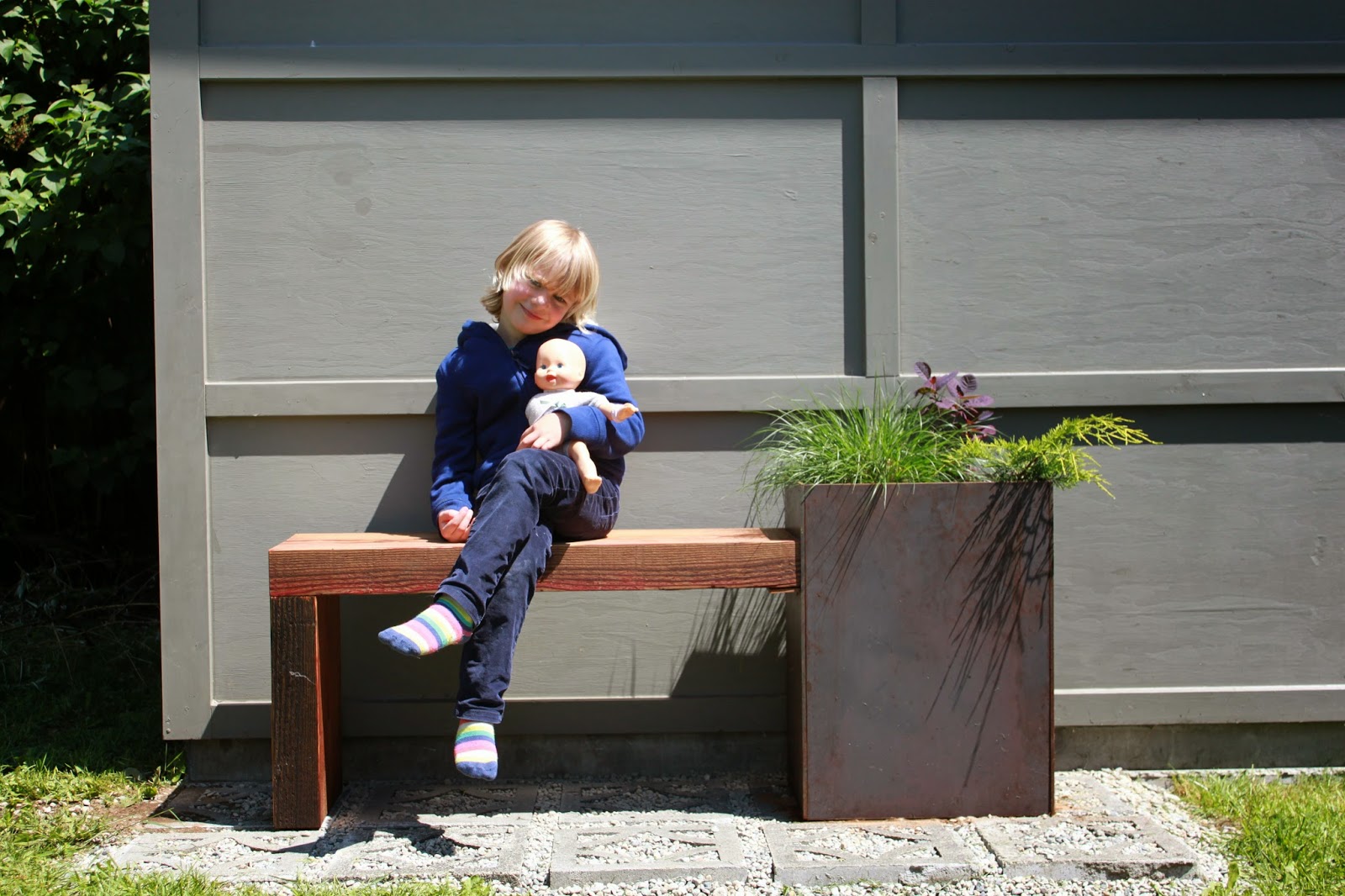 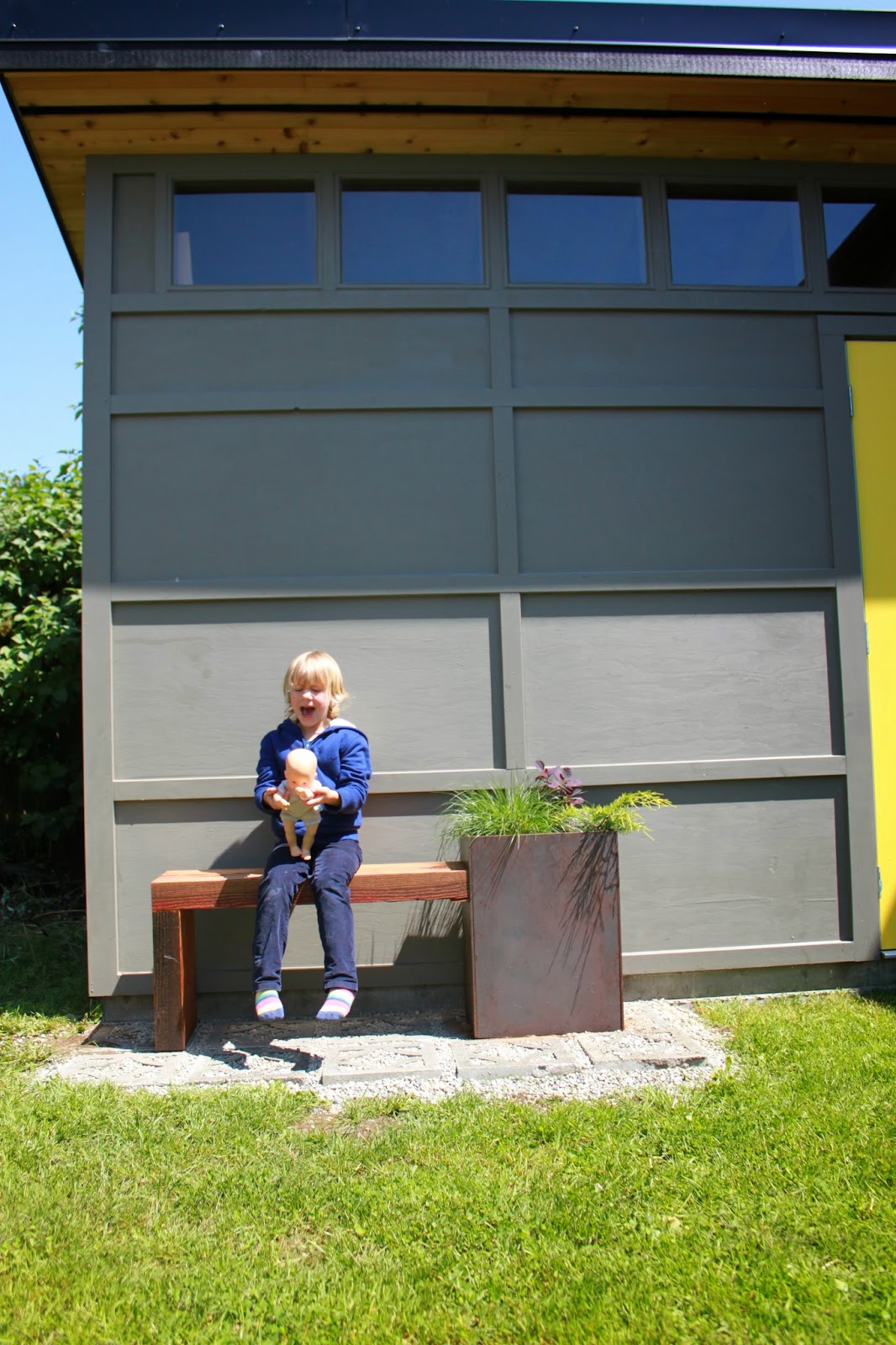 Now when I find the time to take a break from gardening, I have the perfect place to sit....so far I haven't found the time! 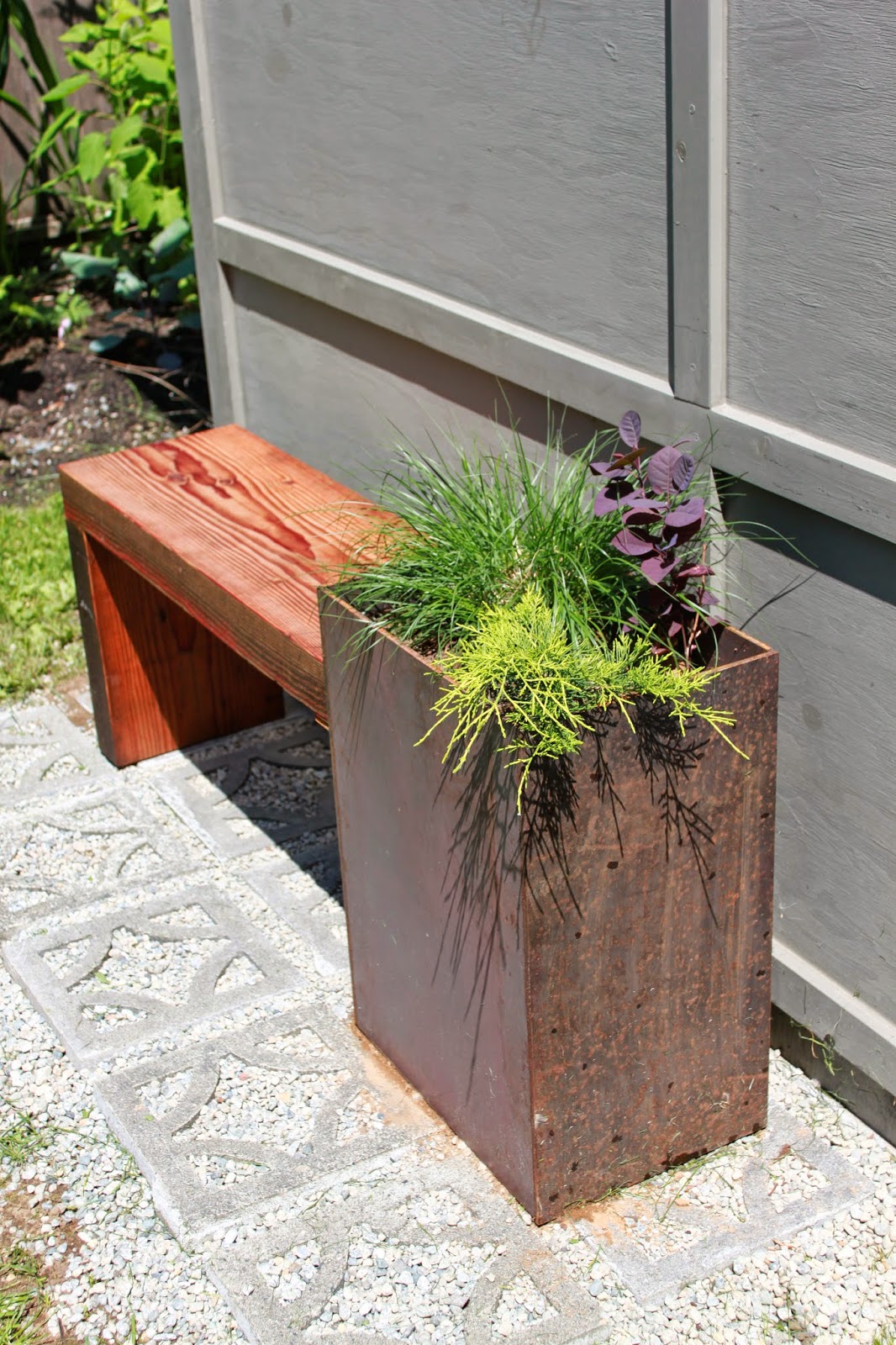 It can also be used to jump off of in case that's what you feel like doing instead of sitting! 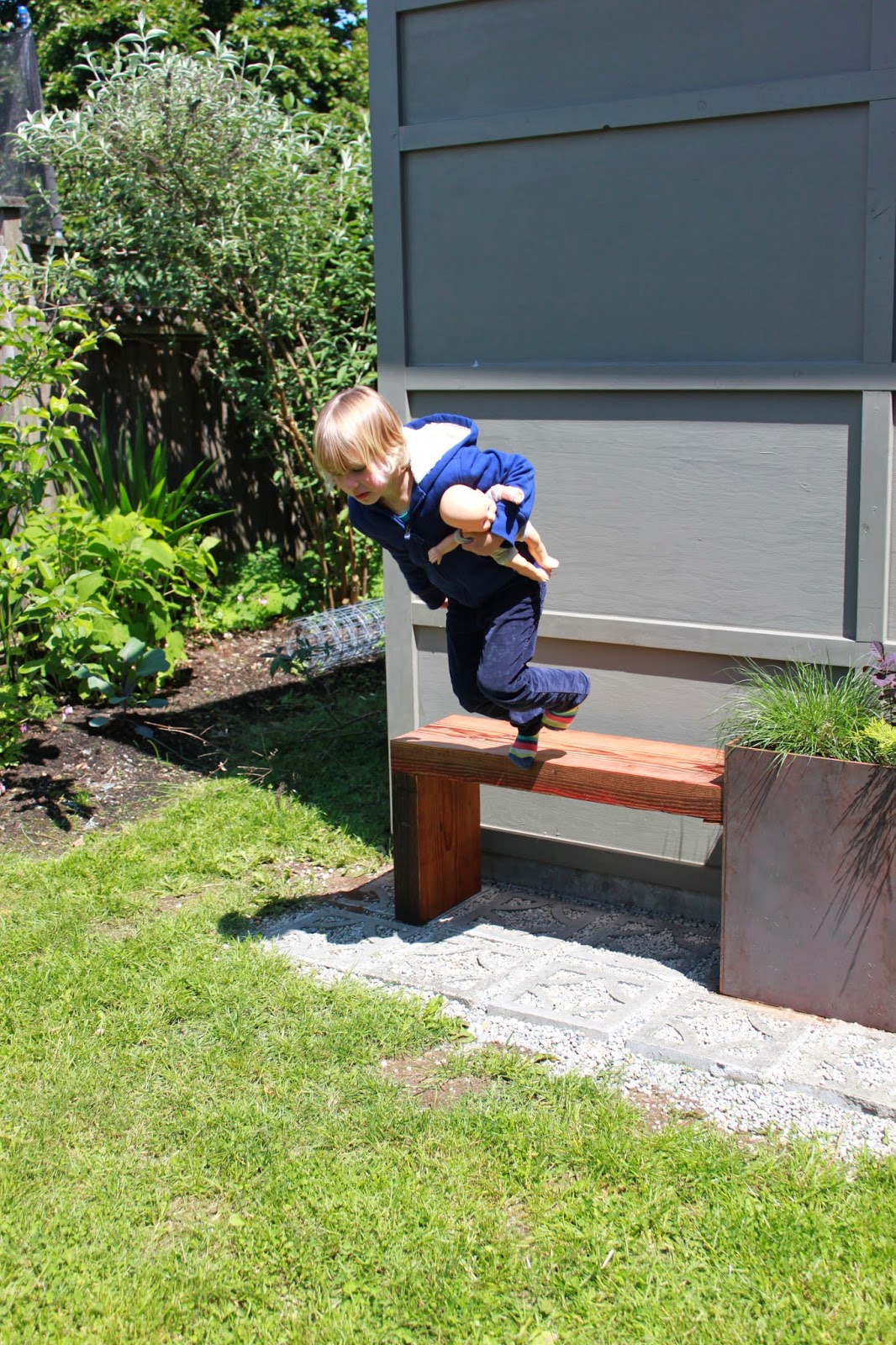