We were busy this weekend.  With September arriving and the awareness that the rain may begin anytime and not stop and the added pressure of having a outdoor get together set for our yard next weekend, we were on a project completion mission.

Project 1: Corner Trellis
In the spring, I decided to make garden trellises using galvanized wire fencing and cedar similar to the ones seen here:http://newhomeeconomics.wordpress.com/2011/04/09/how-to-inexpensive-garden-trellis/ I made three of the flat ones for peas and beans to grow up but I never got around to making the corner chimney one until now.  I positioned it next to the chimney and relocated a honey suckle that I had growing on a post next to my front door.  When I originally planted the honey suckle at the front door I thought it would be a welcoming scent but it turned out to be a little wild and needed help staying on the post with me having to tie it up.  It was not the look I was after. I cut the honeysuckle down to a couple feet, dug it up and replanted next to the newly installed trellis.  Hopefully in its new home it will be able to climb the wire trellis without needing my assistance.  I also bought a white jasmine and planted it next to the peonies on the front side of the trellis.  I think the new climbers will add a nice view when sitting under the pergola next to it and hopefully provide a nice scent. 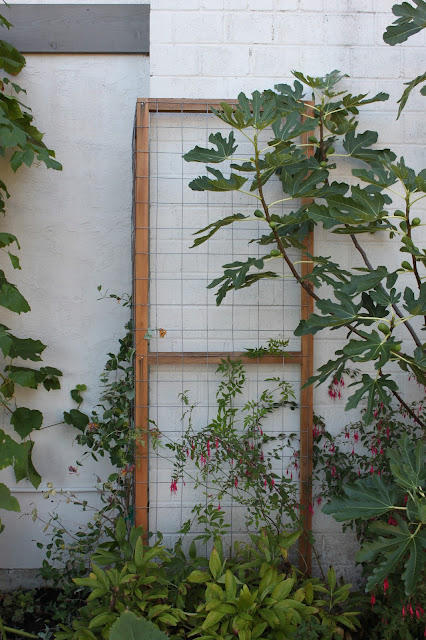 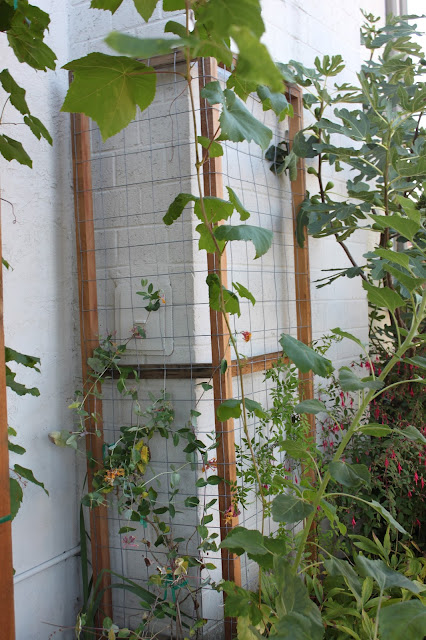 Project 2: Planters
I planted fall planters at my front door. I bought two fall mums (Chrysanthemum) and one container of golden Japanese forest grass (Hakonechloa macra 'Aureola’) that I split between the two planters. All the other plants I scavenged from mine and Lauren's yards. In one planter I added a small smoke bush (Continus), euphorbia, Japanese blood grass(Imperata cylindrica), and salal (Gaultheria shallon ). In the other planter I replaced the smoke bush with a Heuchera. I think that the planters look fallish and by borrowing from our gardens they didn't cost too much. 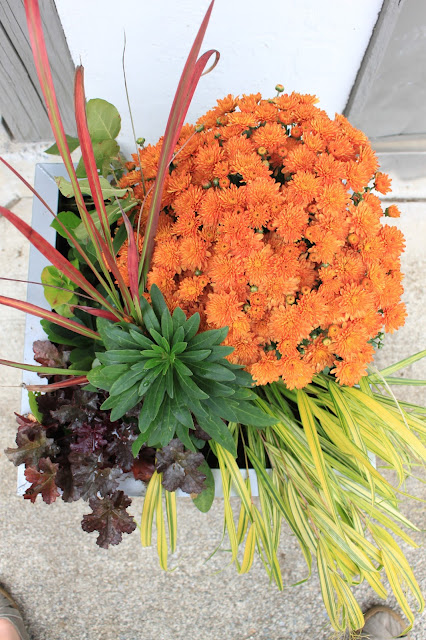 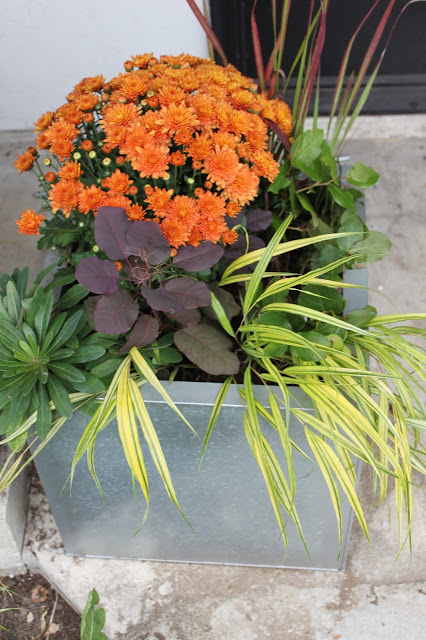 My daughter made her own planters. 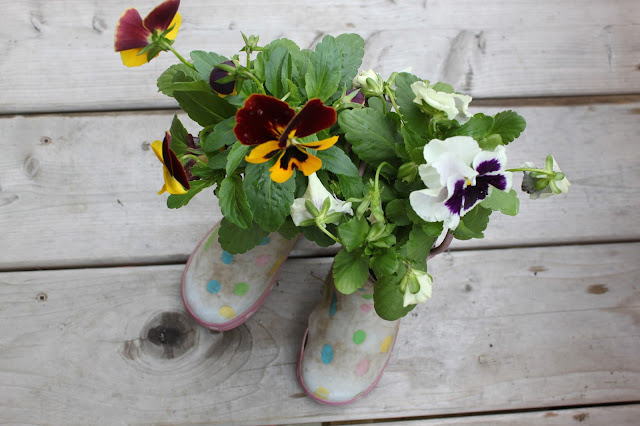 Project 3: Playhouse mirror and chalk boards
I finally got around to spray painting chalk paint on two trays I had picked up from a second store.  After the trays were dry I hung them along with an old mirror in the playhouse. Hopefully these will add the to the playtime fun! 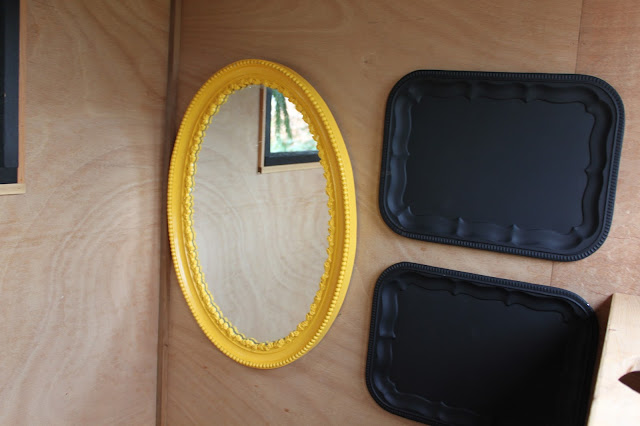 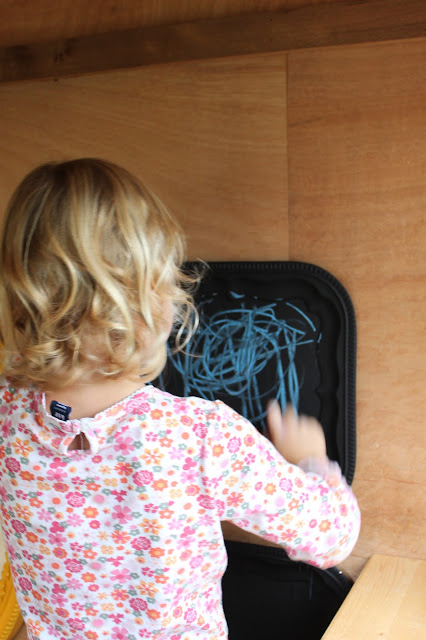 Project 4: Shed paving stone floor
Last weekend we poured a perimeter foundation for our future shed.  Since we had paving stones left from the patio project we decided to use some of the extra for the shed floor. Once again we dug out the sod and dirt, added a layer of gravel, a layer of sand and installed the paving stones on top.  Now we can start building up! 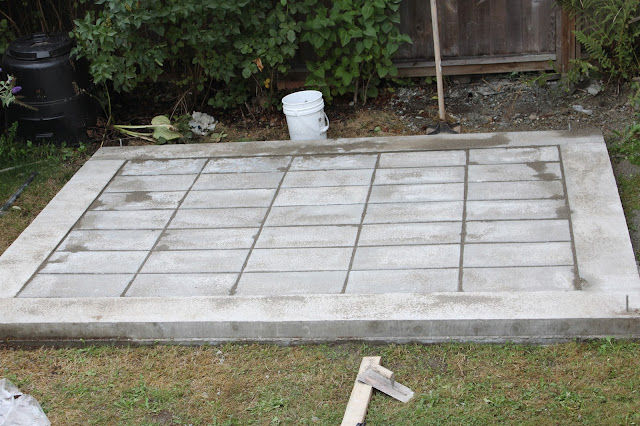 Project 5: Garden bed extension
Somehow my garden borders always seem to be getting bigger.  This time it was necessary. I had recently tried to tie in the round border that surrounds the front corner of my house and the narrow path that runs along side the pergola.  They joined awkwardly together. I then dug up some grass to add a bump feature but that still looked weird so I dug up more grass and now the round corner ties in directly with the front side of the pergola in a straight line instead of a weird bump.  This gave me more planting room where I decided to plant 3 small blueberry bushes that a blueberry farmer friend had propagated and gave to me.